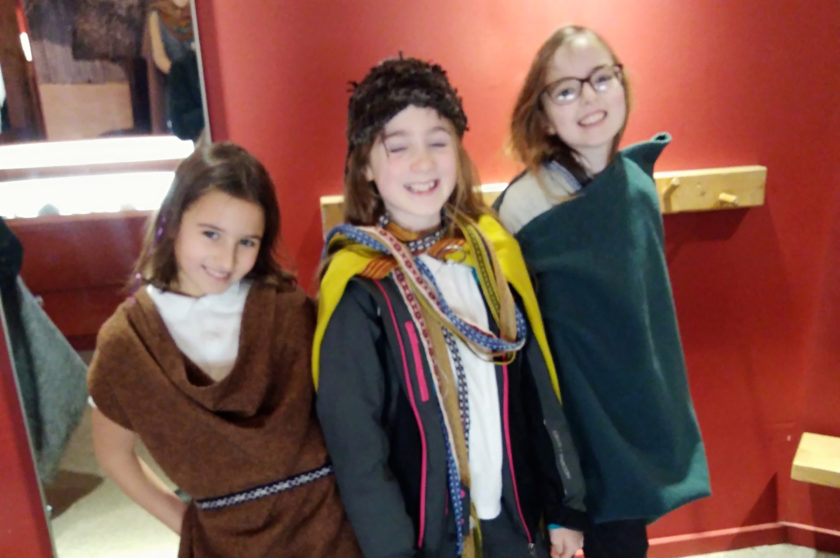 Finding out about daily life in the Dark Ages was never going to be an easy task so Year 5 had to venture further afield in their quest for historical knowledge. They travelled by coach to the village of West Stow in Suffolk where archaeologists have unearthed evidence of an early Anglo-Saxon settlement.

The children were able to study artefacts which had been discovered at the site in the museum and later in the day visited a recreation of what the village would have looked like. The children enjoyed exploring the wood and thatch structures and learning about the rather cosy sleeping arrangements – one room for everyone (including the livestock!). They saw how food was cooked in a metal pot over an open fire, saw where metal was worked by the village smith and saw a working loom which was authentic for the time.

It helped the children to understand the Anglo-Saxons as more than just warriors but as farmers, cooks, smiths and weavers too. It was a unique experience which has lead to excellent writing and has really brought their Anglo-Saxon History topic to life.

Keep Churchfields ‘car free’ on the school run 3rd May 2021