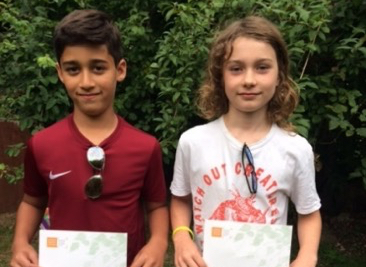 During the course of 4 days over summer we went to the Epping Forest Field Centre to complete the John Muir award. We did shelter building, conservation, orienteering, pond dipping, hiking and movie making.

John Muir (1838 to 1914) was a Scottish-American naturalist who changed the way we look at nature today. He mostly worked at Yosemite national park in America and was also known as “John of the Mountains” or “Father of the National Parks”.

Shelter building: we built two shelters with dead bracken and wood. We only had half an hour to make it but we made it water-proof, stable and robust.

Conservation: we cleared an area of brambles in order to plant a meadow that would encourage butterflies into the woodlands near the Epping Forest Field Centre.

Mammal trapping: we used humane traps and filled them with hay and food in order to entice the mammals in. We put the traps out in the evening and looked at them the next morning. As a group we caught water voles, bank voles and wood mice. We had a look at them before releasing them back into their natural habitat.

Orienteering: we used a compass and a map and worked in pairs to follow the check points back to the Field Centre. We got lost at first as we were not using the compass properly but we soon worked it out and made our way back to the centre.

Pond dipping: we caught a lot of rams-horn snails which are black and quite large and round. The highlight of our pond dipping was when we caught a newt! We called it Martha as it rhymes with Arthur and the M is like a W upside down!

Hiking: we planned out a route to the “Lost Pond” on the other side of Epping Forest. It took us about an hour and a half to get there, and we walked back too. It rained that day and it was great to be outdoors.

Movie making: we were lucky enough to be able to use I-pads during the week in order to make a movie of our experience. Please let us know if you would like to see our blockbuster movies!

Next year we hope to move on to the next award level – the Explorer award.

By Wade Middleton and Arthur Jones